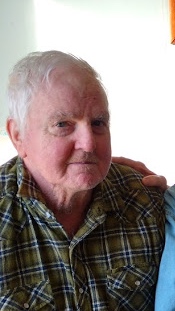 He is survived by his wife of 60 years, Jean Ensign Carman; and his children, Walter Carman of Marathon, Marie Carman of Marathon, Brenda (Thomas) Crook of Redmond, WA, and Cora (Martin) Bruns of Holland Patent.  He also leaves behind his grandchildren, Daniel, Gregory, Christopher, Samantha, Victoria, Kaitlin, and Hannah; his great-grandchildren, Nolan, Madison, Liam, Linken, and Charles; several nieces, nephews, and cousins.

In addition to his parents, he was predeceased by his brothers, Robert and Charles.

Funeral services will be held at the Church of Jesus Christ of Latter-Day Saints, Cortland, NY, on Friday, September 6, 2019, at 12:00 noon with Bishop Todd Moss officiating.  Burial will be in Marathon Cemetery.  There will be no prior calling hours.  Expressions of sympathy in memory of Mr. Carman may be directed to MAVAC, 2 Peck Avenue, Marathon, NY 13803.

To order memorial trees or send flowers to the family in memory of Augustus "Gus" H. Carman, please visit our flower store.