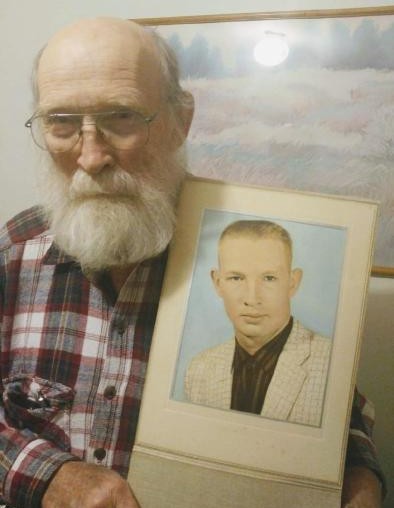 Lawrence L. “Corky” Brown, 84, of Marathon, NY, died peacefully Thursday, February 13, 2020 at Guthrie Cortland Medical Center with his family by his side. Corky was born in Lapeer on October 22, 1935, son of the late Norman N. and Mildred L. Gutchess Brown. A lifelong resident of the area, Corky was a member of the Marathon Central School graduating class of 1954.

He is survived by his wife, Barbara Stengle Brown and his children; Lee (Kim) Brown of Lapeer, Suzanne (Michael) McCutcheon of Cortland, Melissa (Ward) Fox of Marathon, Jenna (Katherine Craig) Brown of Cortland and Daniel (Suzanne) Brown of West Chester, PA. Corky also leaves behind his stepdaughters Lisa Robertson of Syracuse and Jennifer Dovin of Binghamton, a sister Elinor Banks of Liberty, the mother of his children Jean E. Hansen of Marathon, daughter-in-law Natalie (Doscher Brown) Parker of Marathon, twenty-nine grandchildren, several great-grandchildren and many nieces and nephews. He was preceded in death by a son, Allan J. Brown, sisters Marian Robinson, Laura Medchill and Leona Hudson and a brother Thomas Brown.

Corky was a member of Christ Community Church. He operated the family dairy farm for many years and also worked for Roger Beck, the Town of Lapeer and Big Toy (Kompan). He and Barbara operated L.B. Brown Haflingers, breeding, training and showing horses. Corky was a member of the Board of Directors of Dryden Mutual Insurance Company for forty-two years as well as serving on the Lapeer Town Board, the Marathon Central School Board, a member of Marathon Agway Local Committee and the Lions Club. He was also involved with several farm organizations including Dairymen’s League, GLF, NYABC and Cortland County Cooperative Extension.

Corky was an avid athlete and outdoorsman enjoying basketball, golf, bowling, softball, hunting and fishing. He was also an ardent follower of the NY Giants, SU and local high school sports. He spent many hours in his woodworking shop building everything from furniture to horse wagons. Corky was also very proud of having earned his pilot’s license.

The family will receive friends at the Marathon Memorial Chapel, 4071 State Route 221E, on Friday, February 21st from 6 to 8 pm. Funeral services will be held at the Chapel on Saturday, February 22nd at 11 am with Corky’s son, Lee Brown, officiating. Following the service, family and friends will gather at the Morton Building in Marathon. Internment will be at Parker Street Cemetery in the spring. Expressions of sympathy in memory of Corky may be directed to CAPCO, 32 N. Main Street, Cortland, NY 13045.

The family would like to thank the staff at Guthrie Cortland Medical Center floors 2S and 2C for their wonderful care of Corky.

To order memorial trees or send flowers to the family in memory of Lawrence L. "Corky" Brown, please visit our flower store.