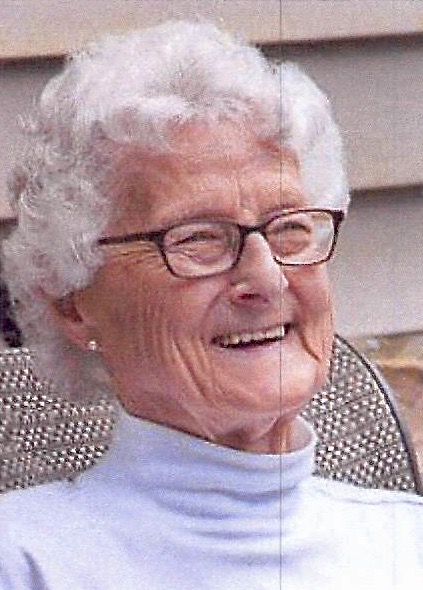 Born in VanEtten, NY, on January 28, 1934, Nina was the daughter of the late Myron and Della Eaton.  She was a 1953 graduate of Dryden High School and married Howard A. Fritts on December 30, 1954.  Nina’s family was foremost in her daily life and her legacy of compassion and love will be cherished forever, as well as her love of fishing.

In addition to her parents, she was predeceased by her husband of 54 years; five brothers; and two sisters.

There will be no calling hours or memorial service.  A celebration of life will be held at a later time.  Expressions of sympathy in memory of Nina may be directed to MAVAC of Marathon, P.O. Box 132, Marathon, NY 13803 or Hospice of Cortland, 11 Kennedy Parkway, Cortland, NY 13045.

To order memorial trees or send flowers to the family in memory of Nina R. Fritts, please visit our flower store.

No services to be held