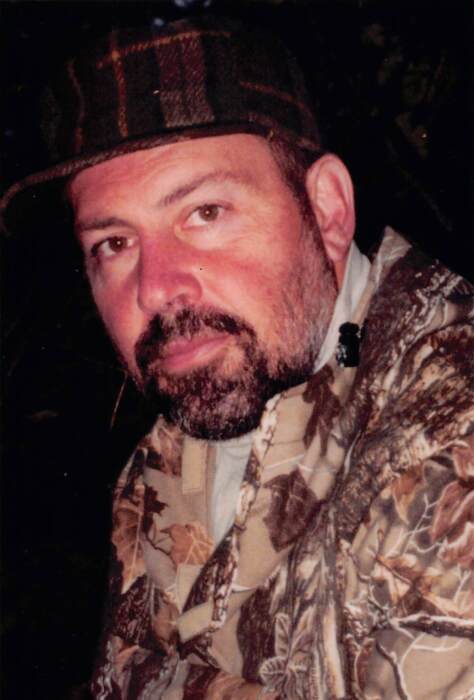 Steven G. Hall, 62, of Marathon, NY, finished his journey, returning to the arms of Jesus on October 21, 2020, at his home, while surrounded by his family.

Steve was born in Johnson City, NY, on August 24, 1958, the son of Bernard and Irene (Copeland) Hall.  He was a 1977 graduate of Marathon Central School, and active in athletics.  Steve, aka “Moose,” was the recipient of the Gerry McDonald Athletics Award, competed in sectional playoffs in soccer and basketball, and holds the school’s record in discus and shot putt.

Following graduation, Steve entered the Army where he proudly served until joining the Department of Corrections in 1983.  Steve worked the majority of his DOC career at Cape Vincent and Watertown Correctional Facilities, finding tremendous satisfaction working as a Crisis Intervention Team Officer.  After a 25-year career, he retired from the Cayuga Correctional Facility in January 2008.

Steve continued his love of community and sports with his participation in local golf, pool, and bowling leagues.  He was an avid outdoorsman, and valued time spent hunting with family and friends.  In the last few years, he found renewed pleasure as a hunter and sportsman while teaching his grandson, Evan, the joys of the sport.

Steve worked hard to play hard.  He sought fun and the opportunity to be of service to others.  Anyone who knew Steve soon realized that there was no such thing as a stranger.  Leading with a warm smile, a strong handshake, and good-natured humor, Steve embraced life and all were welcome to join in.  In addition to family related by blood, Steve had many brothers and sisters related through heart and faith.  Central to Steve’s being was his love for God, his family and friends, the Hall farm, and our country!

Steve walked a faith-filled path in his battle with cancer; finding grace, strength, and peace.  He was a mountain of a man in stature, and through his growth in his faith in the Lord Jesus; he became even stronger, touching many lives.

To order memorial trees or send flowers to the family in memory of Steven G. Hall, please visit our flower store.