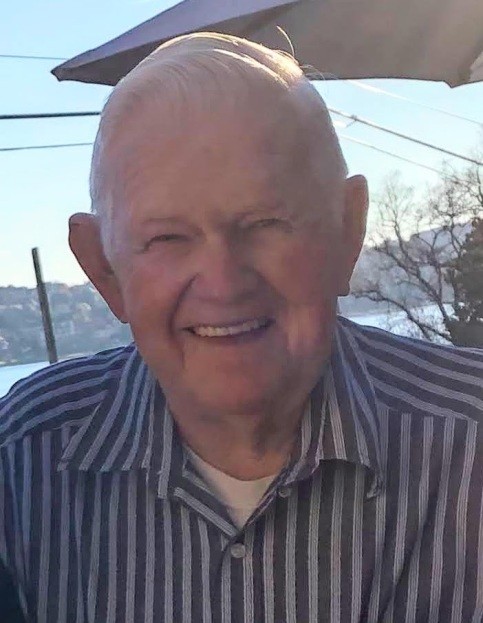 On October 23, 2020 the Marathon community lost a devoted community member.  Wayne C. Fox, 80, passed away after a short battle with dementia. Wayne graduated from Gorham Central School in 1958. Wayne moved to Marathon as manager of Agway in 1967. He worked for Agway, Inc. for 30 years including previous stores in Hemlock and Dryden. Wayne purchased the Marathon Agway and ran it as Fox Hardware for 2 years. Following the closing, he started CNY Water Systems in 1996 until his retirement earlier this year.

Wayne loved Marathon and he dedicated thousands of hours serving the community. The CNY Maple Festival started in 1971 with Wayne as the first chairman and one of the founders of the event. He continued to stay involved on the festival committee through the cancelled 2020 festival. Wayne looked forward to having his family assist him in the maple products trailer every year. They would all refer to Wayne’s handwritten schedule to see their assigned jobs and shift times. Along with the Maple Festival, Wayne was a 50-year member of the Lion’s Club, a commissioner of the Marathon Fire District since the inception in 1991; chairman of the civic building committee since it was built in 1971; a member of the Methodist Church, and coached many youth in Marathon Little League.

Wayne could strike up a conversation with anyone and loved telling stories, his 4-legged fur babies and making his famous whiskey sours. Watching his grandchildren play any sport brought such joy to his life. Most of all Wayne enjoyed his family. In 2019 Wayne, Katie , the Abells and the Sheppards checked something off Wayne’s bucket list, an Alaskan cruise. For a week the family enjoyed the beautiful sights of Alaska while spending quality family time together. Little did anyone know this would be his last family trip.

The family would like to thank the staff at Cortland Park Rehabilitation and Nursing Center for their excellent care of Wayne during his rapid decline from dementia. Also a special thanks to Brad Stevens, PA of Family Health Network for his loving care as his devoted medical provider.  Wayne will be greatly missed by his family, friends and community. Kindly raise a glass and toast a truly great man.

To order memorial trees or send flowers to the family in memory of Wayne C. Fox, please visit our flower store.